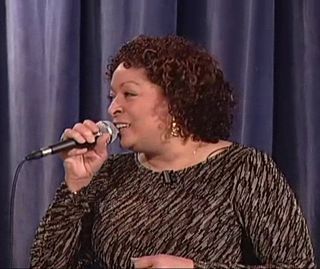 Kim Askew - vocalist Kim Askew was born and raised in Pittsburgh, PA and began her life long love affair with music at a young age. Ultimately, she found her passion for singing while listening to the likes of Aretha Franklin, Natalie Cole, and Chaka Khan .and of course being molded by the music her mother Norma would play. Kim would often sit up in her room and sing along with the artist on the records until one day she discovered that she could pretty much do that on her own with out mimicking the records. Kim has been performing professionally for over twenty five years. She has been performing in night clubs and theaters up and down the east coast and all through the Midwest .Kim also enjoys acting, her first debut as an actress was in 2000. sheÃ¢â‚¬â„¢s had rolls in several plays though out the state. although acting was an interesting diversion, Kim says that music will always be her first love, Kim has opened up for many artist such as Kool & the gang, Janet Jackson, and usher, Kim Lived in Chicago for several years where she has performed and recorded with several bands there and in the Midwest as well as some Pittsburgh artist. One of which was a band that she sang lead with called The House of Soul, which was ranked Pittsburgh's Number one R&B/Soul Band, Kim is also one of the lead vocalist of the group Platinum, Kim recently released her solo debut CD entitled All Of My Lovin . Kim enjoys recording in the studio, but yet loves the intensity of live performances as well. Kim's strong but yet smooth soulful voice and her upbeat stage presence is her trademark. Kim knows how to fuse the best element of jazz gospel and R&B, This is a talent your sure to enjoy